Sagittarius the ninth astrological sign of the zodiac. Sagittarius is a fire sign. Sagittarians have big character and live life to the fullest. The Sagittarius zodiac symbol is the archer, which suits their restless nature. Sagittarians are independent, restless, optimistic, and adventurous and often travel to see new things and experience new adventures. 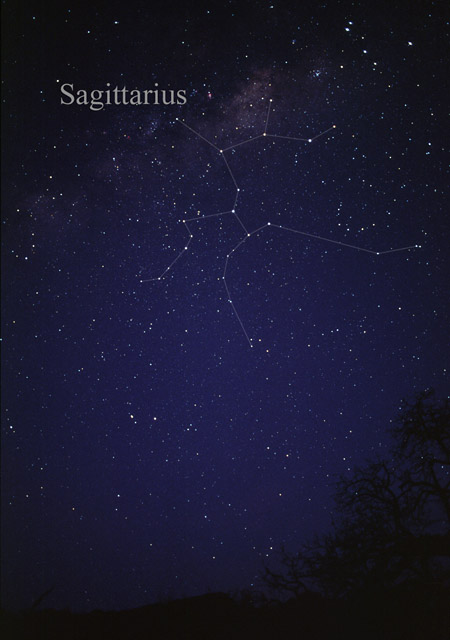 Photography of the constellation Sagittarius, the archer

Considered the son of the Titan Cronos, Sagittarius, or Chiron, was one the centaurs in Greek mythology. Chiron was half man and half horse and was born that way. The other centaurs were born of the rain and sun clouds. Hercules accidently shot Chiron with a poisoned arrow. Chiron could not heal himself even though he was considered a great doctor. Although Chiron was immortal, the poisoned arrow caused him pain. To die, Chiron offered his immortality to release Prometheus from his chains. Prometheus gave fire to man and was punished. Zeus saw the compassion in Chiron and gave him back his immortality so that he could live in the stars forever.

Sagittarians have no filter and are honest to the extreme. What others are thinking the Sagittarian says out loud so do not ever ask them what they think, or they just might tell you. Adventurous and lots of fun, do not try to make firm plans with them because they love their freedom. Optimistic by nature they trust and believe and do not like unwelcome news or negativity. Sagittarians can be warm and loving but also have an independent side. Sagittarians think rather than feel for the most part and intellectually dissect the situation rather than rely on emotions.